Fred Warmbier is a brave man. As the owner of Finishing Technology, he’s in charge of a fairly large team of employees. And, like any boss, he makes mistakes. The difference is that most of us don’t blog about it in the New York Times. In a recent post, he tells the story of his difficulty letting go of being the ‘hero.’

When a company is young and there aren’t so many moving parts, its fun being the person who steps in to solve problems. As the owner of a company, or a member of executive leadership, we have the authority to make big decisions on the fly, and the company is still being run in our own ‘image.’ 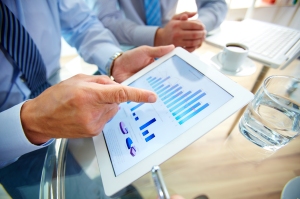 But that role isn’t sustainable. Stepping in to solve problems can actually create an environment where we are expected to take care of problems. What is a much stronger option is to trust big decision-making and problem-solving to other team members, department heads and the like. This kind of empowerment turns the team into excellent problem-solvers, and also avoids the likely scenario where people resent the boss coming in often to tell them what to do.

Changing from a directive management style to become a delegator is tricky…most of us know this. Letting go is hard after we’ve built up a fondness for the way we handle certain responsibilities. But for a growing company, nobody can be everywhere to solve manage every issue that pops up. Not only that, but we really don’t even want to be that person. It’s draining, and can make us cynical.

Fred found himself managing out of habit, rather than really considering what was best for his team, himself, and his company, fighting one fire at a time. By pulling himself out of the picture several times, he found that his great staff were quick to step in and handle it themselves. And, get this, the world kept spinning!

Changing management style is scary, particularly after having success managing in some particular way. But as companies grow, roles expand, and the job description evolves. What’s great about Fred is that he has the self-awareness to examine what isn’t working around him and be able to pinpoint himself as the cause. As he pulls back from fighting fires, he finds himself missing the thrill of being the hero. And, like all of us, he isn’t quite sure what’s around the corner. This is what growth feels like.