A little over two weeks ago, we — Comcast NBCUniversal’s Strategic Development/Growth unit — announced that we made a control investment in BluVector, an Advanced Threat Detection cybersecurity start-up. And in the period since, we’ve been asked a number of times: Why?

In our press release, we spoke about the enormous market opportunity in cybersecurity; the chance to both augment our own cyber capabilities around new products in particular, and the opportunity to take Comcast’s already substantial cyber capabilities and feed them back through BluVector in order to take them to market; and, perhaps most importantly, the opportunity to work with BluVector’s  extraordinary technology and the unbelievably talented people of this amazing high-growth company.

But that’s only part of the story. On a personal level, many of us who worked on this deal — as well as much of the team at BluVector — have experience in national security, from the armed forces to the intelligence community to critical civilian contractor support. And to be clear: BluVector’s work is a mission for us.

In addition to being a terrific growth opportunity for Comcast NBCUniversal, BluVector will enable us to help in the fight against the growing, and merging, hacker threats of cyber crime and cyber terrorism. This is a far more significant threat — a clear and present danger — than most people allow themselves to realize. I wrote about the notion of a growing nexus between cyber crime and cyber terrorism in 2014 ….. far more than in the real world, cyberspace is a place where petty criminality can evolve with extraordinary rapidity into major crime and even terrorism. And, important as it is, government effort is insufficient to combat the threat; the private sector must also step up and do its part in this fight.

John P. Carlin is author of Dawn of the Code War, and was the Assistant Attorney General for the Department of Justice’s National Security Division as well as Chief of Staff and Senior Counsel to former FBI Director Robert Mueller. In a ripping yarn that reads more like a John Le Carré novel, but is all the more terrifying because of its reality, Carlin writes about the nexus of hacking, cybercrime, cyber — and real world — terrorism in both his book, and in Most Dangerous Terrorist, published in Politico:

“We knew that sooner or later terrorists would turn to the internet,” Carlin writes. In 2015, the case of hacker and terrorist Ardit Ferizi demonstrates the world we live in now. Carlin continues, “Ferizi hacked into (a US-based) online retailer’s server in Phoenix, Arizona, stealing credit card information of more than 100,000 customers. He culled through the data to identify people who used either a .gov or .mil email address, ultimately assembling a list of 1,351 military or government personnel, and passed their information to ISIS … What started out as an attempt for criminal extortion ended with a chilling terror threat and a plot to kill.” (emphasis added)

Carlin again: the Ferizi case “….represents the first time we have seen the very real and dangerous national security cyberthreat that results from the combination of terrorism and hacking. This was a wake-up call not only to those of us in law enforcement, but also to those in private industry.” And, this is “….a message I’d echo to businesses and organizations many times in the years to come: You need to report when your networks have been attacked because you never know how your intrusion, however seemingly minor, might impact a larger investigation. What to you might be a small inconvenience could, with broader intelligence, represent a terrorist, a global organized crime syndicate, or a foreign country’s sophisticated attack.”

With BluVector, we are bolstering our ability to play our part in this dangerous, potentially deadly and ever worsening threatscape. 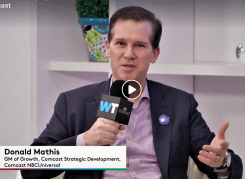 Don Mathis moderates a distinguished panel at SXSW to discuss the challenges of — and opportunities for — innovation at very large corporations…..

IN APRIL 2018, Independence Health Group and Comcast announced a unique partnership to create an innovative patient-centered technology and communications platform.

In this episode of the Oliver Wyman Health Podcast, Helen Leis, Partner in the Health & Life Sciences division at Oliver Wyman, sits down with Brian Lobley, President of Commercial and Consumer Markets at Independence Blue Cross, and Don Mathis, General Manager of Growth at Comcast NBCUniversal, to learn more about how this partnership may change the healthcare consumer landscape.

Together, Brian and Don explore the genesis of this deal to unite a renowned global media and technology company with a leading health insurance company. They also explain their joint goals to leverage data and create an appropriate bespoke experience for consumers. And, they discuss the challenges and opportunities that stem from bringing a healthcare insider and a healthcare outsider together as one.

Says Don, “At Comcast NBCUniversal, we believe we can offer the approximately 75 million people across 23 million households that we serve directly, and by the virtue of this partnership well beyond that number, an opportunity to take control of their healthcare journeys and to change the outcome in a process that has a lot of friction, discomfort, ambiguity, and not very much information. And we can impact that.”

Says Brian, “Healthcare is rapidly changing for consumers. We are focused on building and collaborating on solutions that help answer the most prevailing question in a healthcare journey: What should I do next?”

Hear this episode now on iTunes and SoundCloud. 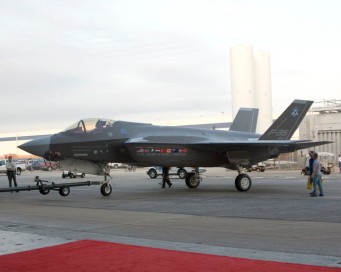 By: STEPHEN RODRIGUEZ AND DON MATHIS

If you told Frank Cary – CEO of IBM in 1980 – that eventually his $26.2 billion revenue company with 341,000 employees would be overtaken by a 40-person upstart with less than $8 million in revenue, he’d have likely considered the notion ludicrous in the extreme. IBM’s decades-long technological dominance seemed unassailable. Yet by late 2014, Microsoft had eclipsed IBM’s revenues. Agile, innovative and more in tune with a rapidly changing environment, the once-tiny start-up surpassed the incumbent.

The IBM/Microsoft story is a parable of corporate hubris, and the story of an organization with a hide-bound structure designed to compete in an earlier era versus the forces of disruptive innovation. Its lessons can be applied in many circumstances – indeed, to Microsoft itself vis-à-vis competitors such as Google. But it also can serve as a powerful cautionary tale in defense acquisition policy: In the Department of Defense (DoD), technological dominance is often taken for granted despite the high-profile roll-out of a “third offset strategy.” Indeed, the argument of the day is over whether many of the organizational structures designed for a different age have outlived their usefulness. The IBM/Microsoft analogy works pretty well, except for an important distinction: The stakes are radically higher in defense acquisition reform. Read more….

On this rainy July 4th, I was thinking about my Navy service in the context of Independence Day and thought I’d reblog this story on why I serve…

Like most reservists I know, I lead a busy life. Kids and a working spouse, the constant juggle of obligations, the feeling that at some level you don’t have enough time, ever, to do all that needs to be done.

On the civilian-side, I have the fortune of being the CEO of a growing social media-related technology company. It is a stimulating and challenging environment, and I work with a truly outstanding team. It isn’t easy to find the caliber of commitment or intensity in the civilian world that is common in the service, but I believe that at my company, Kinetic Social, I have.

But the work is challenging. We are a small young company, not yet profitable and constantly scrambling to fund-raise. Issues must be resolved decisively and immediately; we don’t have the luxury of excess capital to offset poor decisions…